Why Most Hackers Are So Bad at English? 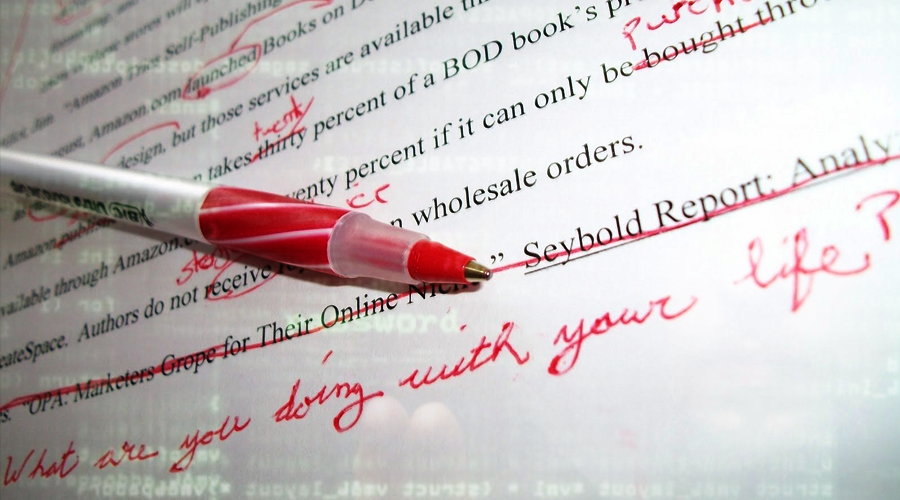 Hackers and the English language.

It’s a match made in hell, and it’s a weird one because it raises a lot of questions. Are they really so desperately bad at spelling? Maybe they just don’t care? Or maybe, just maybe, it is an inside joke to entertain the peers?

Before doing so, I would like to inform you that StealthMail email solution is offering a special trial of its service to meet the increased need of struggling companies to secure their email communication, who have been forced to embrace remote work recently.

In addition, companies that subscribe for StealthMail can also get a free 6-month subscription to Office 365 E1 trial and Teams from our partner Microsoft.

I hope this will be helpful to many businesses.

Debunking the Main Theory off the Bat

Before busting the main myths about the English language and hackers, I want to refer to the article that made me interested in the question above in the first place, a “Coronavirus Threat Landscape Update” from Proofpoint.

It is a great read with a lot of telling pictures, giving you a first-hand look at all the phishing emails that graced our inboxes in the recent few weeks. You know, the recent few weeks where hackers jumped on the hot topic that shall-not-be-named here, trying to capitalize on the ever-growing fears and stress levels?

Anyway, that piece underlines a lot of things one should learn about phishing emails.

If you look over those emails, you will probably catch more spelling mistakes and grammar flubs than one could find in the essay written by a dyslexic 6-year-old kid. No offense to the kids, of course.

Phishing emails are reeking with bad English, and no, I don’t believe that hackers are just bad with words. They are not as foolish as it may seem from their letters.

For that reason, let’s review some of the theories that would explain exactly why there’s no love lost between English and hackers.

Theory #1. They Put Typos in Deliberately

One of the more popular theories states that hackers inject mistakes and misspellings on purpose to weed out “smart” users from “dumb” ones.

If we are entertaining the idea that criminals give people a hint to avoid the trap they have constructed themselves, then we would have to assume they have some moral code, although it is a twisted one.

While I tend to agree with this theory, their “code of conduct” wouldn’t prohibit them from using the pandemic to get more clicks and victims. If they are ok with phishing medical facilities and putting hospitals out of work, why would they care so much about literate people?

Something to think about.

Theory #2. Most of Them Are Foreigners, and English Is Not Their “Mother Tongue”

I included a little pet peeve of mine in the headline.

Although “mother tongue” is acceptable, it is still irritating for me to hear this. But this is not about me.

This theory also has some ground to it, but I am inclined to believe that foreigners that learned the English language tend to follow the rules more successfully than most native speakers.

How many posts online start with “Sorry, English is not my first language” and then a flawless paragraph of Shakespeare-approved English graces the screen?

I’ve seen it far too many times, there’s something about learning a language outside of the country where it follows you from birth. Maybe it’s a case of expectations set lower, and people self-hating?

Also a good topic for another discussion.

Theory #3. Rules Are “Beyond Them”

What better way to show off your rebellious side than to disregard the rules?

Who needs punctuation anyway language is used to enable communication so if the person gets you its all good absolutely no reason to use commas or anything else like common sense ok.

I hope you get the point.

Hackers are a bizarre bunch and they often have ego problems, they are doing a lot of stuff “in spite” and intellectual arrogance is nothing new to them. Throwing grammar and spelling books out of the window is their way to mock soft science and liberal arts, in my opinion.

You know, how else are you going to show that you’re smart, if not for putting others down?

Plus, this community is no stranger to online chats and secure messengers, where people barrage each other with messages without overlooking how they look in the end. The environment is laxer (if this is even a word), they are breaking the law anyway, so what’s a couple of stupid rules to them?

They either don’t care, or use this to provoke grammar fanatics who look to correct anyone who dares to misspell something.

Theory #4. It’s an Inside Joke and They Are Laughing at Us

It goes far and beyond usual implementations, they can have fun with it. For example, one hacker who goes by the name Beavis wants to have fun with his latest phishing email, so he and “the boys” decide to turn it into a competition.

Who can write the most atrocious piece of text and still get a click on the link?

- LOL no way someone is clicking on that.

- You would be surprised.

- People are so dumb, we are so smart.

I can see this being a weird recurring comedic segment inside a group of hackers. They want to have fun too, and they don’t care for money that much, they will still get more than they need.

If you look closer, you will also see that the times where the typer presses “Shift” is too deliberate to be considered a typo, so it reinforces theory #1.

Do you know how to fool a spam check filter?

Replace the words with similarly looking counterparts and it’s suddenly not a big problem anymore. As most spam checks would highlight words like “Bitcoin”, and “coronavirus”, your typical guy-in-the-hoodie would have to make them less attractive to those filters.

One of the latest phishing emails running across the web is so bad it’s good.

I know people are scared, but this wouldn’t possibly work. Right?

It is scary how lazy hackers tend to be, and they are more than free to do so because nobody seems to give them a tough time.

They still reap the benefits and will do so for years and years.

So, a way to excuse bad English is simple. “If I write something mind-boggling, it will overwhelm the system and it will give up.” Not how it works, but you get it.

I hope this was as entertaining for you as it was for me, the times are rough and some humor wouldn’t hurt anyone. If you still feel bad, you may be interested to know that once an email typo derailed a 1 billion dollar bank heist.

Hackers still came away with 80 million, but what a bunch of losers, am I right? But then again, they came off lightly, compared to shoplifters.

Have a great and productive week.